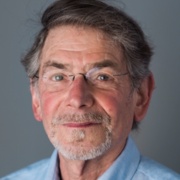 Fields of Interest: My research interests are focused on discerning epigenetic mechanisms underlying carcinogenesis and other chemical-induced toxicities.

My research interests are focused upon discerning mechanisms underlying the ability of chemicals to cause adverse effects. What excites me about research in toxicology is that it combines the theoretical with the practical. While pursuing research aimed at understanding the mechanism(s) of action of the chemical of interest, we learn more about fundamen-tal aspects of biology. Thus, toxicology is a basic biomedical science. On the practical side, the new knowledge gleaned facilitates the enhancement of science-based safety assessment of chemicals. This permits a rational approach towards resolving key issues, e.g., dose-response relationships and appropriate extrapolation from test species to humans. Thus, toxicological research plays a key role by facilitating our ability to safely use chemicals (including, but not limited to, medi-cines, consumer products and agricultural chemicals) to enhance the quality of people's lives. Therefore, I view toxicology as "part of the solution." This is a theme that I began advocating when I was President of the Society of Toxicology (1999-2000)

The involvement of mutagenesis in carcinogenesis needs to be reconciled with the fact that not all carcinogens are mutagens and the view that nonmutagenic events also play key roles in the transformation of a normal cell into a cancer cell. This apparent paradox can, in part, be resolved by considering the roles that altered DNA methylation, an epigenetic mechanism, play in carcinogenesis.

Epigenetics describes the latter and involves regulation of temporal and spatial control of gene activity, e.g., changes in gene expression during development, imprinting, segregation of gene activities such that daughters of a cell exhibit different patterns of gene expression, and mechanisms that permit the somatic inheritance of a specific set of active and quiescent genes.

The hypothesis being tested in my laboratory is that susceptibility to carcinogenesis, and perhaps other toxicities, is related inversely to the capacity to maintain normal patterns of DNA methylation. Particular emphasis is being placed on discerning novel genes that are involved in carcinogenesis due to aberrant methylation.